History of Vulcan lodge no. 4382 Alfreton

History of the Lodge

The Vulcan lodge no. 4382 was consecrated in 1921 and currently meets in the Masonic Hall, in Derby Road, Alfreton in the Province of Derbyshire, on the fourth Friday of each month from October to May, i.e., 9 meetings per year including the Installation ceremony which is in April. 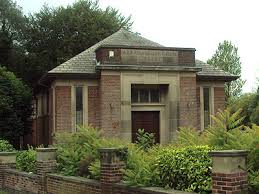 The naming of this new lodge took up a lot of time. Three names were suggested – Carbon, Engineering and Tubal Cain (being the first Artificer of Metals) but no decision was made. At the next meeting of the founder members of the Lodge on 10th October 1921, the name “VULCAN ” was suggested as it referred to the ‘God of Fire and Metalworking’. This was thought to be very appropriate for a lodge, which was primarily intended for members engaged in the engineering industries and therefore the name was adopted.

The Temple room, which was used when Vulcan Lodge 4382 was founded, was housed above a garage in the stable block of the George Hotel, an old coaching Inn at the top of King Street. Post war traffic in Alfreton increased tremendously and the traffic noise, lack of car parking space, and the increase in the rent caused the brethren to look for alternative premises.

Our present Temple was originally built as a library in 1938 by an American Philanthropist named Robert Watchorn who was born in Alfreton and immigrated to the USA in his early teens. He made his fortune before returning to England and in the 1930’s he bought up and demolished the row of back to back miner’s houses where he was born. He then built the Watchorn Methodist Church, a substantial number of houses, and the Abraham Lincoln Library as an educational facility for Alfreton.  During the 1939/45 war the library was taken over as an Army Hospital by the government and after the war, it was used by the National Health Service as an insurance office for the distribution of coupons, ration cards etc.

The building stood empty for a few years until 1970 when it was purchased from the Robert Watchorn Trust by Alfreton Masonic Hall Ltd, in which the Royal Alfred Lodge 1028 and the Vulcan Lodge No. 4382 were instrumental in bringing this about. The ceremony of dedication of the new Temple took place on the 2nd November 1970, the Dedicating Officer being the Provincial Grand Master, aided by his team of Provincial Officers. The after proceedings and Festive Board were held in Hill’s Cafe with an eight course meal costing £2-10-0 (£2.50). 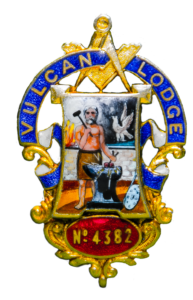